Week of Prayer for Christian United

This event has already occurred 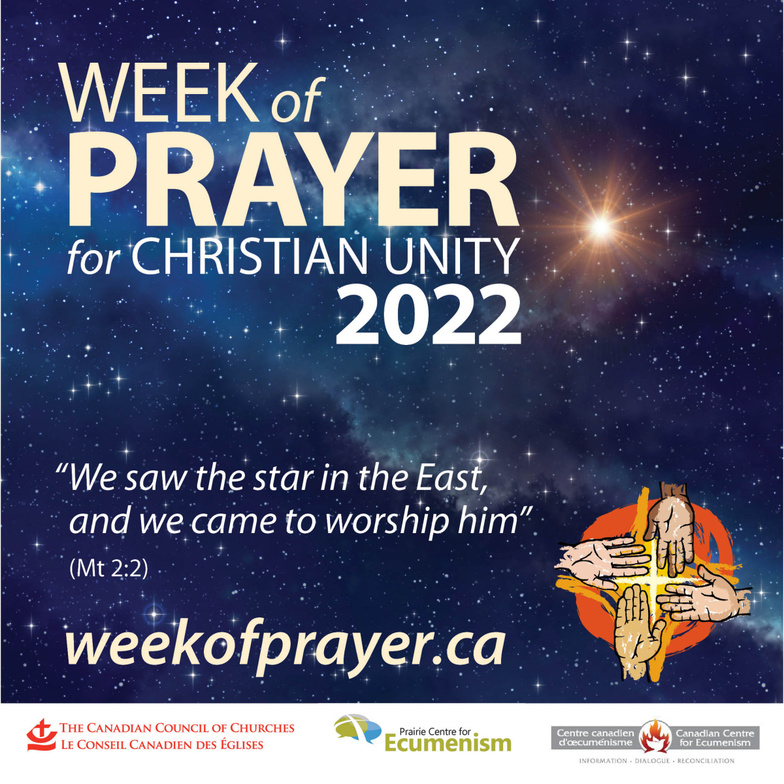 Our Canadian context is not the same as that of our sisters and brothers in the Middle East who prepared this years worship resources. Although Canada includes many Christians who are part of marginalized and oppressed communities, and their churches have been agents of light and justice to communities both inside and outside the Christian context, the experience of most Canadian churches is that we are not in a marginalized place. We have often been ‘Babylon’, ‘Rome’, ‘Persia’, and ‘Herod’ to others, especially in our relationships with Canada’s Indigenous Peoples. For example, in the Middle East it makes sense to speak of the Magi making their journey to Bethlehem with open minds and hearts, ready to bow their knees before the Christ who was born in a context so different from their own. In Canada, we who are part of the ‘settler communities’ must wrestle honestly with our history of violent conquest of these lands and of the peoples who were already here. Many Christian churches acted in the name of Jesus to perpetrate the horrors of the residential school system on Indigenous children and their families, believing they were following the same light that guided the Magi. What does ‘Christian unity’ mean when it is experienced as an outside, conquering force?

Although Canadians often speak of building a diverse, inclusive and just society, we know that racism is deeply imbedded in our society and that we have seen great violence against people of colour and against ethnic and religious minorities.